Ready to revolutionize your mobile marketing? Schedule a demo to find out more!

Thank you! Your submission has been received!
CLOSE
Oops! Something went wrong while submitting the form.
CLOSE X

SMS is still the best way to reach South Africans

SMS is still the best way to reach South Africans 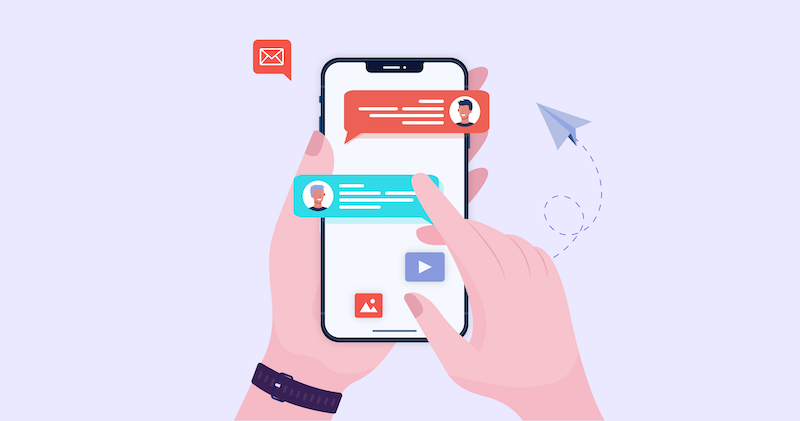 It’s a commonly accepted truth that South Africa is a mobile-first country. The numbers bear that out too. As of 2019, there are an estimated 90-million mobile connections, with smartphone penetration at over 80%. It makes sense then that any business wanting to communicate with South Africans should target their mobile phones.

Even as smartphones become increasingly ubiquitous, however, a variety of factors (including the prohibitive cost of data) mean that the most effective way of reaching them is still SMS. But any business that wants to go beyond just reaching their customers and really engage with them needs to think a step beyond SMS. Combine SMS with the power of the web and you have an opportunity to supercharge your customer communication efforts.

Doing so, however, means fully understanding the South African context and how to approach it from a mobile perspective.

Most smartphones are ‘dumb’

While tens of millions of South Africans now have smartphones, the truth is that many of them do not use these devices to their full capability. A combination of high data costs and the country’s economic realities means that a lot of smartphones are effectively offline most of the time. For any organisation looking to reach its customers, strictly online communication isn’t really an option. Sure, they might see your communication when they get to a WiFi hotspot, but by then it might be too late. You’ll potentially have missed the “moment of truth” that’s so critical to sales.

The solution? Still SMS. SMS doesn’t require the customer to be online and, importantly, doesn’t cost them anything to receive. Moreover, it’s incredibly effective. Research shows that 98% of all SMSes are opened and that, on average, it takes someone 90 seconds to respond to an SMS versus 20% and 90 minutes for email. That’s hardly surprising. People look at their phones dozens of times a day and SMSes are generally more convenient to receive, read, and act on.

Beyond the limits of SMS

As effective as SMS is, however, it does have limits. There is, after all, only so much you can say in 160 characters. That’s where the web comes in. Using the right technology, you can deliver personalised, relevant messaging that your customers want to see.

It’s also vital that organisations pay serious attention to the details. Even something as simple as a branded link can improve click-through-rates. Ultimately, if you’re going to convince people to click through to that web-based messaging, it has to get all of those things right. But, doing so means nothing if your customers don’t have the data to access your content. Organisations have a major role to play here too.

Taking on the data cost

Anyone looking to expose their customers to their online content and drive sales has a much better chance of doing so if they take on the cost of data themselves, or work with the mobile networks to zero rate their web-based communication.

If you’re going to target people who have to think carefully about every megabyte of data they use, they’re going to feel a lot more affable if you don’t ask them to spend data to see your promotions.

Thriving in a competitive market

Ultimately, any South African company that hopes to thrive in an economy where people are increasingly careful with their budgets has to take this approach. Failing to do so means missing out on a chance to speak to the majority of South Africans on a medium that is always accessible, and to communicate with them as individuals rather than market groups or segments.

New technologies don’t always have to replace older ones. Sometimes, and especially in a context like South Africa’s, they can complement and strengthen each other. Get the balance right and you can thrive in even the toughest conditions.

Understanding SMS guidelines in the USA

While the requirements may seem complicated at first, we've compiled a helpful guide to assist you in understanding how to easily follow these guidelines while using the Mobiz platform to supercharge your SMS marketing.
READ MORE
Written by:
Team Mobiz
January 11, 2021

Understanding where technology and marketing meet, your MarTech stack, is one of the best ways to scale your business and transform big data into actionable insights.
READ MORE
Written by:
Team Mobiz
December 18, 2020

One of the most powerful ways to deliver content into the hands of your audience in 2021 is with an SMS, not only because 90% of text messages are read, but because in our fast-paced, day-to-day lives, content that is easy to consume simply makes sense.
READ MORE
Written by:
Team Mobiz

We have more where that came from! Join our subscriber list to receive news and exciting product updates.

Thank you! Your submission has been received!

Subscribe to our newsletter
Thank you! Your submission has been received!

*by subscribing you agree Mobiz can contact you with relevant marketing material.

Subscribe to our newsletter
Thank you! Your submission has been received!

*by subscribing you agree Mobiz can contact you with relevant marketing material.